In the wake of the Woodford scandal, it is not surprising that there has been a surge in UK property fund redemptions [1]. This is not just as a result of worries about illiquidity but also Brexit related fears regarding property valuations. Investors are fearful that they could be “stuck” in a direct property fund should it be suspended or gated following large redemptions.
Nearly £2bn has been redeemed from open ended property funds with 56% of this occurring between June and September this year: 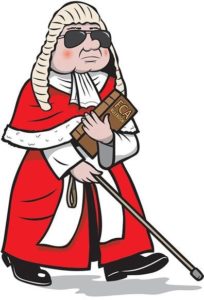 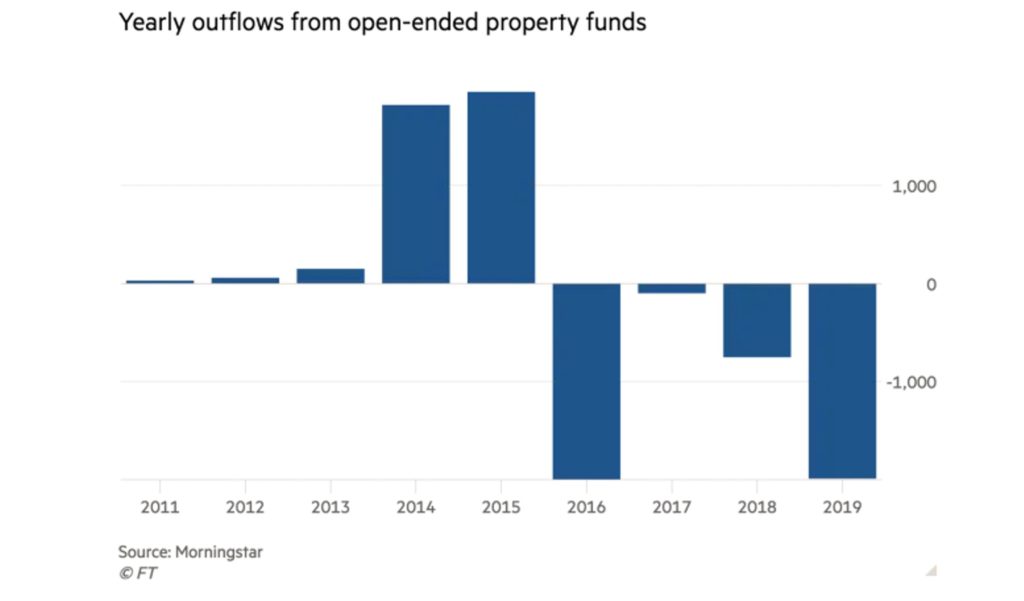 The SCM team have been alarmed at the dangers levels of illiquidity in investments being sold to retail clients for years, but warning after warning, report after report are all studiously ignored by the FCA. Not that we should be doing their job for them!

SCM were the ones who alerted the FCA on the 24 July 2016, the day after the Brexit vote[2] the fact that major property funds with illiquid investments were being mispriced and needed to be re-priced and/or suspended. Property funds had a fundamental liquidity mismatch where investors were being allowed to buy or sell the fund daily, whilst the underlying investments often took months to buy or sell.

We highlighted the fact that many smaller company funds were equally illiquid and that the following questions should be asked of the regulator:

True to form, the FCA under the leadership of Mr Bailey decided to “fiddle whilst Rome burns”. Belatedly the FCA issued its illiquid assets and open-ended funds Policy Statement which had apparently been delayed to incorporate lessons learnt from the Woodford scandal [3].

Sadly, it transpires that the FCA have learnt precious little as its Policy Statement stated, “that we do not want to prohibit open-ended funds from investing in illiquid or less liquid assets where investors understand and are willing to accept the liquidity risk this can involve.”

The FCA is failing to protect the public and is instead operating on a principle of Caveat Emptor (buyer beware). As long as there are warnings on products, this appears sufficient for the FCA as they merely seek “Additional disclosure in a fund’s prospectus of the details of their liquidity risk management strategies, including the tools they will use and the potential impact on investors” and a “standard risk warning to be given in financial promotions to retail clients for such funds. This will apply to all firms communicating a financial promotion, not just the fund manager.”

SCM recommended earlier this year[4] that the FCA should “urgently ban all funds with daily or weekly dealing, from investing any further money into unquoted investments; be it via private equity/unlisted shares, directly held physical properties, or listed shares which are rarely traded.”

There has a be a line in the sand now, no more consultations, no more reports but firm actions to protect ordinary investors. No more closing the door when the horse has already bolted, after so many people have lost their hard-earned money. Mr Bailey and his colleagues must be held to account for putting consumers last rather than first.

As recent reports have shown, the FCA is incapable of clearing up its own mess [5], let alone anyone else’s so the sad truth is that it is only investors who can protect themselves; not the expensive and ineffective FCA.

SCM Direct is the trading name of SCM Private LLP. SCM Private LLP is authorised and regulated by the Financial Conduct Authority to conduct investment business. Company registered in England and Wales, no. OC342778. The value of investments can go down in value as well as up, so you could get back less than you invest. Exchange rates may cause the value of overseas investments and income from them to rise and fall. It is therefore important that you understand that past performance is not a guide to future returns.

SCM Private does not give personal advice.
www.scmdirect.com